Restructuring And Insolvency In Nigeria Under The Companies And Allied Matters Act 2020. 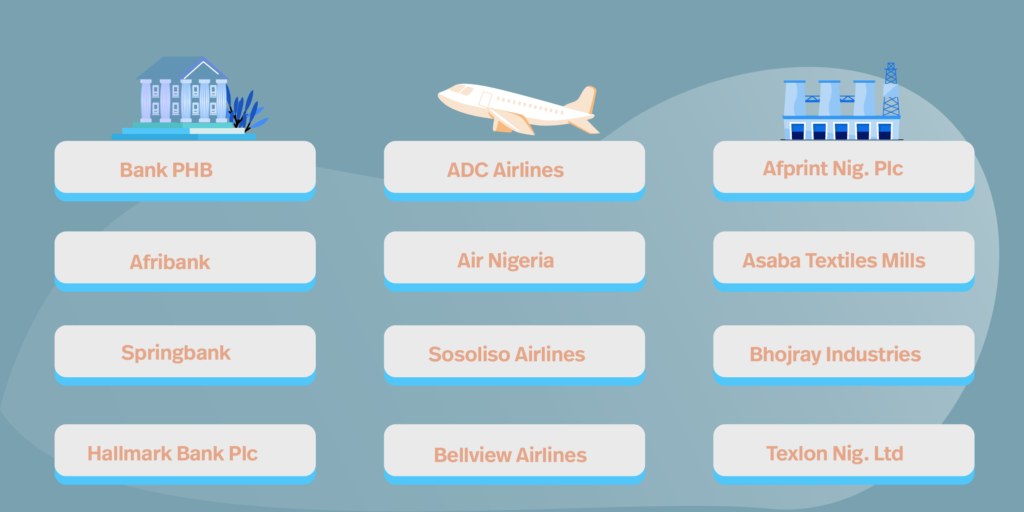 A business or company is insolvent when its current assets are unable to meet its current liabilities, simply put:,  a business can’t pay their debt. Section 572 CAMA 2020 sets out conditions in which a company would be deemed insolvent.. These conditions are as follows:

When a company’s state of affairs falls in any of these above situations, it is insolvent.

What is the Legal Framework Governing Insolvency and Restructuring Practice in Nigeria?

There are several sectoral laws which apply to restructuring an insolvent company. These laws include both domestic and international legislation.

The domestic legislations alongside the Companies and Allied Matters Act (2020), governing insolvency and restructuring in Nigeria as follows:

It is important to note that Nigeria has not enacted any international legislation such as the UNCITRAL Model Law on Cross-Border Insolvency. Nevertheless, judicial institutions such as the court can recognise insolvency procedures from other jurisdictions on the principle of comity of nations or direct access.

What Business Rescue Options Are Available for Insolvent Companies?

The Companies and Allied Matters Act, 2020 introduced business rescue options for insolvent companies or businesses. These options are discussed in details as highlighted below:

The nominee, after giving notice of the scheme, is required to give his opinion to the court in a report on the feasibility of the scheme and whether meetings of the company and its creditors be held to consider this scheme.

A formal business restructuring option is recommended for an insolvent company and it is aimed at rescuing the business so that the business can continue its operations. However, where this objective cannot be realised, the administrator can channel this restructuring procedure towards another objective.

Can the Federal High Court place a Company Under Administration?

A company can be  placed under administration by the court where an application for an administration order is made to the court by either the company, its directors, creditors or an officer of the court appointed to act as a receiver under the Act.

The court may grant such an order and appoint an administrator where it is satisfied that the company is or on the verge of insolvency or such an order would achieve the purpose of administration.

Can Administration be done Outside the Federal High Court?

Nevertheless, where the Administrator’s proposal aims at rescuing the company as a going concern, a CVA may be a favourable option due to the advantage of a moratorium. A moratorium is provided under an administration procedure. It suspends the rights of creditors of a company under administration to enforce debt recovery actions against the company.

This insolvency process is a court-appointed tool that enables secured creditors under a loan agreement with the insolvent company to enforce their security against an insolvent company. Here, one or more secured creditors can apply to the court to appoint a Receiver. A Receiver can be appointed outside the court where the debt instrument gives the creditor such rights. The appointed Receiver is expected to apply to the court for directions on how to proceed.

In receivership, the Receiver has the right to sell the assets of the insolvent company, or manage the affairs of the insolvent company until the debts owed to the creditors are recovered. However, it's not the responsibility of the Receiver doesn’t to rescue the company from financial distress. Rather, his/her primary responsibility is to recover the debts owed to the creditors appointing him.

While the receivership is operative, the management of the company remains in place but with limited authority. Where a company is undergoing members voluntary winding-up and a receiver is appointed, the powers of the directors and the liquidators of the insolvent company to deal with the concerned property would be suspended until recovery of debt. However, where the company is undergoing a creditor winding-up, the power of the liquidator over the concerned property would not be suspended unless ordered by the court.

Additionally, a moratorium prevents a secured creditor from appointing a Receiver where a company is under administration unless with the consent of the Administrator as the Administrator can direct such appointed Receiver vacate office immediately.

This insolvency process is often instituted against a financially distressed company and it’s often aimed at dissolving the company. Before the enactment of CAMA 2020, the CAMA 1990, often encouraged creditors to wield this procedure as a tool to recover their debts rather than explore restructuring options.

This winding-up process is often self-imposed and may occur in any of the following circumstances provided under Section 620 of the Act:

What is the procedure for Members Voluntary Winding-Up?

The procedure for members voluntary winding-up are as follows:

What is the Procedure for Creditors Voluntary Winding-Up?

However, the operations allowed during a winding-up is the distribution of the company’s assets to satisfy its liabilities unless the articles of the company provide that the property be distributed otherwise. Furthermore, it is important to note that a moratorium is put in place to stay any creditor’s action for winding-up order where a creditor’s voluntary winding-up has been ongoing for six months. However, where the asset sought to be enforced upon by the creditor, the moratorium would not apply under any of the following conditions

This is often done by the court on the application of any or one or more of the following persons:

The court may give an order for the company to be dissolved if any or all of the following circumstances exists:

Once the order for dissolution is given by the court, a compulsory winding-up commences and the following steps occur:

What Internal Restructuring Options Can an Insolvent Company/Business Explore?

This restructuring option is the modification of the operational or management of capital structures of the company internally. Here the goal is to prevent the alteration of the company’s corporate identity and seek solutions internally without resorting to third parties for assistance.

In exploring internal restructuring solutions, financial and legal advisors are often employed to lead negotiations with the company’s creditors to improve the capital structure by restructuring its debts and equity profile, thereby liquidating debt in the process. Internal Restructuring options include the following:

This internal restructuring option involves the company proposing an arrangement with its creditors to accept less than the debt originally owed as the final satisfaction of its debts. This arrangement often proposes a change in the rights and liabilities of the creditors. This process is recognised by CAMA and requires the sanction of the Federal High Court to be effective.

The first step is to make an application to the court for a court-ordered meeting. Where the application is granted, a court-ordered meeting is summoned and the scheme of arrangement is proposed for approval. Approval is obtained when 75% of persons holding the value of the company’s shares or a specific class of debt consent to the resolution sanctioning the scheme. The scheme would thereby be presented to the court for approval.

This internal restructuring option is often explored by a solvent company on the brink of financial distress. Here, the members of the company resolve that dissolving the company and selling is likely to yield better results rather than be dissolved permanently. The members also resolve that the company be wound up voluntarily; the assets of the company be sold and transferred to another company in consideration of an equity stake in the transferee’s company.

The consideration received is not restricted to an equity stake, it includes cash, debenture policies, etc , -  distributed amongst members of the company according to their rights in liquidation. The consideration received could also be used to settle outstanding creditors. It should be pointed out that the company doesn’t cease to exist when this option is explored, rather after it is dissolved, it is resurrected in another company.

This internal restructuring option is an arrangement where certain groups of the company agree to acquire the interest (either debt or equity) of other groups. A buy-out can occur in the following forms:

What External Restructuring Options Are Available for Insolvent Companies?

This external restructuring option is often explored by ailing banks and financial institutions. Here the assets and liabilities of an ailing company are purchased by another company at an auction price. The ailing company is not often wound up rather it is dissolved by a judicial process. This restructuring option is often governed by the Federal High Court.

The framework of insolvency and restructuring introduced by CAMA 2020 has put Nigeria on the global map of stimulating growth and development in an ever-evolving digital economy. These innovations lay a foundation for accommodating anticipated legal frameworks such as the introduction of a framework for cross-border insolvency.